Credit card debt is a major player in household expenses. For those who can pay their card off each month, there can be major rewards, from extra cash to free travel and beyond.

For those who can’t pay the cards off each month, there can be major consequences which can dramatically impact your standard of living, sometimes to a crippling degree.

The average American home is carrying more than $15,000 in credit card debt, enough to purchase a car outright.

The total revolving debt in America in a January 2015 report by the Federal Reserve was $884.4 billion. Most of this debt is likely at high APR’s which makes it challenging to get out from under the debt.

If you fall into this category, there are ways to pay the debt off, you just might not be doing it effectively.

Here are 10 reasons why you’re struggling to pay off your credit card debt and what you can do to change your habits.

You’re Making Payments That Are Too Small

A recent study by Nerd Wallet states that the average in-debt household in America has $15,762 in credit card debt. The interest on this debt alone would amount to hundreds of dollars (if not thousands) each and every year in wasted money.

How do you curb this? You pay more. Minimal payments are just that, minimal.

They are what you’re required to pay and nothing more. To pay off credit card debt, you’re going to have to spend more on your debt to pay it back.

It is always recommended you pay a credit card in full each month, but that’s not always plausible when you’ve accrued a high balance.

You should be trying to make larger payments on cards when possible. Larger payments will shorten the length of time it takes to pay off the debt, which will save you money over the course of the debt, as you eliminate interest payments.

Think of it as a snowball effect. As you pay it down, the interest each month becomes less and less, in turn, allowing for more money to be applied to the principal.

However, when you’re only making the minimum payment, you may not even be covering the interest for that month, leaving you in a never-ending cycle.

You Have Poor Spending Habits

Spending falls into two categories, discretionary and mandatory. Mandatory includes the things you need like food, gas and bills.

Thinking of buying a non-essential item? Think again. We are not saying you should live a dull and boring life but do you really need that $20 DVD? Maybe not.

It’s easy to start working on paying off your credit card and thinking “I’ve been doing good, I deserve this.” The reality is, this is a bad practice.

It can lead to more and more purchases. Even if you’re making strides towards paying off your debt, if you’re still in debt over your head, you don’t deserve it.

When working towards paying that credit card down, you should be keeping your eyes on the prize. We recommend building a budget that you can work on.

When using a credit card, it’s often easy to forget that this money has to be paid back at some point. If you can’t pay your regular payment on top of what you’re planning to spend on the card, don’t make the purchase.

You Don’t Have a Plan

There are two ways you can pay down credit card debt. Many suggest paying off the smallest debts first and working your way up.

This is a good tactic, as it shows immediate success and will make you feel like you’re getting somewhere.

You will pay more this way, but it might work better for you. Ideally, your debt payments will domino as you pay off each card.

Another tactic is to pay the highest interest card off first. This will save you money.

You may have an $800 interest-free card that you could pay off, but wouldn’t it make more sense to pay off the card that has a $1,200 balance on it, and is costing you $20 a month to carry that balance?

These are decisions you have to make. Every situation is different, so you will want to break down yours and develop a method

You’re Saving Too Much

Saving money is a great habit to practice, but what if you’re actually saving too much? When you have debt, this can be an issue.

You should save, but your bank account’s interest rate likely can’t compete with your credit cards’ interest rate. A stock investment might not either.

Someone working towards paying down credit card debt should have an emergency fund saved. Some recommend three months of expenses saved, others recommend six months.

After that, you may be better off paying more on your credit cards and less to your savings account.

As we’ve previously stated, you don’t want to just pay the minimum payment. After you’ve paid your cards off, you’ll have more money to go towards consumer purchases or savings.

If you’re someone who will likely carry a revolving debt on the card, you will want to choose a card that doesn’t have a cash back incentive. Look for cards that have a lower APR.

If you get a cash back card or a miles card, the money you’re getting back will not equate to the amount of interest you’re paying.

What will the interest on that card be? $10-15 a month, until it is paid down. If you’re able to pay your credit card off every month, then rewards cards are perfect for you.

But if you’re one of the many Americans who cannot stay away. Some cards will offer more percent per dollar, but if you’re not able to pay the card off, it’s the same issue.

Balance transfers are a great tool to utilize. They usually come with a fee, somewhere between 3-10 percent of the balance you’re transferring.

But, they usually come with an interest-free period.

If he took two years to pay the card off, he would have paid $2,213.82 in interest. The monthly payment would be somewhere around $509 month.

It will cost him $500 to transfer the $10,000 balance to this new card, but for the next two years, he won’t have to pay interest on the amount.

Provided he makes the same payment of around $509 month, he would save $1,713.82. The great thing about balance transfers is you can continue to move the balance as necessary.

So if at the end of the 24 months Bill hadn’t been able to pay the card off, he could move the balance to another card.

He would just face the fee again on that next card. If you have to go this route, just make sure you continue to make the maximum payment you can afford to get the balance paid quickly.

Every card is different, so the fee rates and such will be different depending on the selected card. Cards will also have transfer limits on how much can be transferred.

Didn’t read the fine print? It could cost you. Most credit cards will come with a late fee, a missed payment fee, etc.

A standard amount for this is $35. That is $35 that could have been applied to the principal.

If you’re using an interest-free card from a balance transfer, a late or missed payment could cause the interest-free period to be null and void.

Meaning, all of the interest in that interest-free period would be tacked on and you would pay interest going forward. At that same token, a missed or late payment could raise your APR.

This is why we recommend you always read the fine print.

We’ve already covered discretionary expenses, but this one is a bit different. The old saying ‘don’t spend if before you have it’ applies here.

Do you find yourself spending more than you make? If your answer is no, but you find yourself in severe credit card debt, you might be a candidate for this. To avoid this, you should be tracking every expense.

If you find yourself in the red each month, you should be cutting out everything you can to get back in the black.

In certain situations, this can’t be avoided. Something has happened which is causing you to overspend, but in most cases, it’s just the poor spending habits listed earlier in this article.

You’ve Not Contacted Your Creditor

Bill (from earlier) has fallen on hard times. He is going to miss this month’s payment, and will likely miss next months. Instead of contacting his creditor, he ignores this.

As stated previously, missed and late payments have fees. Too many missed payments will result in a “charge-off” in which the creditor could sell your debt for a loss.

So what should you do to avoid this? Contact the creditor. They may be able to help you. If you can’t make this month’s payment, give them a call.

The worse thing they can say is you’re out of luck. If you’re missing multiple months of payments, they might be able to set up an arrangement with you that will work out better.

However, if you don’t contact your creditor, none of these options exist.

Even an additional $100 on top of your regular payment can make all of the difference. Getting a second job can be difficult, but if you’re wanting to get out from underneath your credit card debt quickly, it may be your best option.

Few things hold us down more than debt. Credit card debt is the worst type of debt, as it is usually unsecured, meaning, you’ve likely got nothing to show for it.

The good news is that since it’s unsecured you likely don’t have to fear losing your car or house over the debt.

If you’re one of the millions of Americans struggling to pay off credit debt, just remember there are options available to you.

It’s just a matter of you acting on these options. 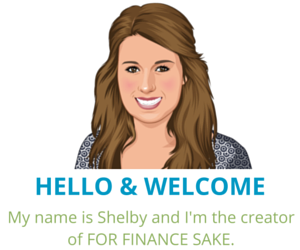 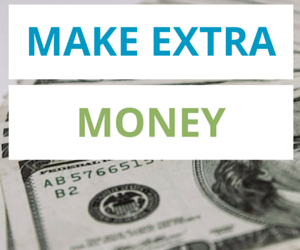 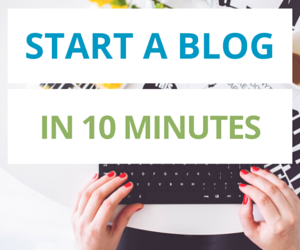